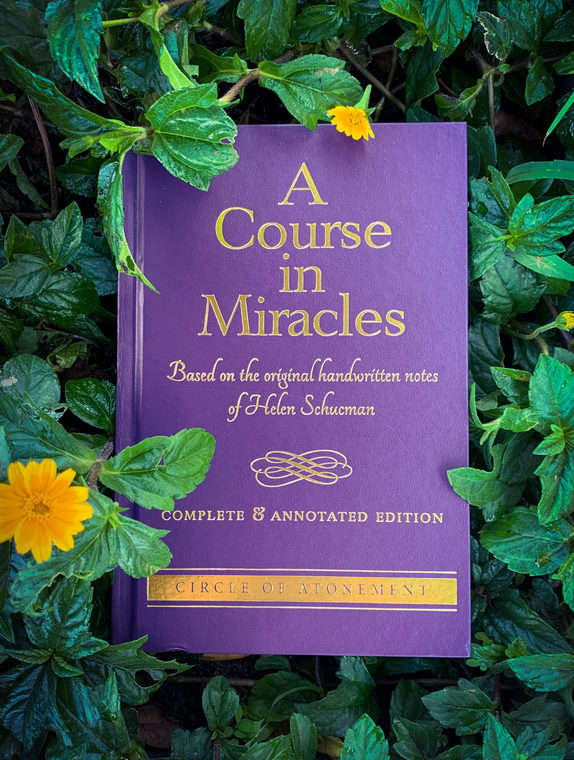 I’d better define exactly what I mean by a miracle, since it buzz word has been so overused, especially in marketing, that it has lost all real meaning. I mean there are miracle detergents, miracle drugs, miracle discoveries, miracle anything and everything. I’ve actually read scientists, who should know better, who use the word ‘miracle’ when they really mean unexpected or against all odds. acim If you get dealt a royal flush, you’d say it’s a miracle. But it isn’t. There are things that are plausible, possible, probable, and improbable. Then there are things that are downright impossible. If something considered impossible happens, then it’s a bona fide miracle. A highly improbable event, like being dealt a royal flush, isn’t a miracle. A bona fide miracle would be for an amputated limb to regenerate. No doubt amputees have prayed for such a miracle – alas, it ain’t ever happened.

So my definition of a miracle is an occurrence that goes totally against the grain of any sort of possibility of such a happening, happening. A miracle is only a miracle if the event defies the impossible, not just improbable odds. So, winning the lottery isn’t a miracle because it’s a plausible event. However, there is no medical science that could explain the regeneration of an amputated limb. If such an event happened; absolutely documented, that would be a miracle and considerable evidence for the existence of a supernatural God. A miracle pizza (and I’ve seen them so advertised) isn’t, since it’s possible to create a great tasting pizza!

Take the sum total of all so-called miracles and subtract those events that are unlikely but possible, from those that are absolutely impossible according to modern science. What’s the bona fide residue – zero, zip, zilch.

So, one of the alleged, albeit in a mysterious way, in which God works, is to answer prayers, and create or oversee miracles. Has there ever been any miracle, anywhere, undisputed and totally accepted by science as factual and unexplainable? If so, science would have bowed to the reality of God long ago. No, I suggest that miracles are either misinterpretations, fabrications, wishful thinking/delusions, sleight-of-hand (magic) or evidence of advanced technology! Dump someone living 4000 years ago into the 21st Century and no doubt such a person would find most of our civilization a totally miraculous one. Dump us into the 31st Century and we’d believe in miracles too!

There’s another issue in that if God were all powerful, He wouldn’t need to perform certain miracles. Some miracles seem to be a band-aid solution to a problem that shouldn’t have existed in the first place, if an all powerful, all knowing God had been on His toes as it were. For example, say you go to the doctor Monday morning, and he informs you that you have incurable cancer. Monday night you pray to God to rid you of the affliction. Tuesday morning you find that your cancer has gone! That’s a miracle – well not really since now and a rare again, cancer goes into remission. That aside, wouldn’t it have been easier if God had ensured that your incurable cancer had never have developed in the first place? As to loaves and fishes, it would have been simpler to have ensured an adequate supply of food in the first place! Miracles in such cases I suggest are God’s correction fluid or whiteout! An all knowing, all powerful God wouldn’t need correction or whiteout fluid!

How come you only get medical miracles that defy the improbable odds, instead of beating impossible odds? For example, have any of those unfortunate thalidomide victims ever all of a sudden, overnight say, awakened to find they now have fully functioning limbs instead of stumps? Surely such a miracle is within God’s power – but it ain’t ever happened.

Then there are the show-off (‘wow, look at me, ain’t I something!’) type of miracles that serve no real purpose or don’t imply any ‘oops, I goofed’ scenario – like walking on water. While some miracles totally shatter the laws of physics, like creating something out of nothing, parting bodies of water like the Red Sea, or just plain walking on water (and therefore are relegated to those impossible things one tends to accept before breakfast when you breakfast in fairy-dairy land), many so-called miracles are just improbable happenings that do happen now and again due to pure statistical probabilities. You’ll hear about the miracle where someone was cured of a supposedly incurable illness due to prayer, or someone was found alive in an earthquake induced collapsed building a fortnight after-the-fact or survived that horrific car crash. You don’t hear about the other 9,999 exactly similar cases where the person snuffed it in the natural, probable way of things. IMHO, miracles are an example of highly selective bookkeeping, like only counting the deposits and never the withdrawals, only in the case of miracles, you tick and publicize the hits and ignore and sweep under the carpet the misses.